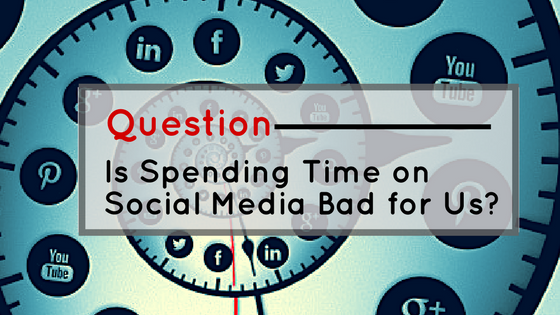 With people spending much time on social media network, many rightly wonder whether that time is good for us. Do social media users connect in meaningful ways online? Or are they simply consuming trivial updates and polarizing memes at the expense of time with loved ones?

A lot of users are looking at different aspects of this important issue. Psychologist “Sherry Turkle” asserts that mobile phones redefine modern relationships, making us “alone together.” ? In her generational analyses of teens, psychologist Jean Twenge notes an increase in teen depression corresponding with technology use. Both offer compelling research.

Is Social Media Good or Bad for Well-Being ? What Do Academics Say?

According to the research, it really comes down to how you use the technology. For example, on social media, you can passively scroll through posts, much like watching TV, or actively interact with friends — messaging and commenting on each other’s posts. Just like in person, interacting with people you care about can be beneficial, while simply watching others from the sidelines may make you feel worse.

The bad: In general, when people spend a lot of time passively consuming information — reading but not interacting with people — they report feeling worse afterward.

The good: On the other hand, actively interacting with people — especially sharing messages, posts and comments with close friends and reminiscing about past interactions — is linked to improvements in well-being.

In sum, it’s all about how you use social media that matters when it comes to your well-being.

So what are we doing about it?

Snooze: A new tool which gives people the option to hide a person, Page or group for 30 days, without having to permanently unfollow or unfriend them. This will give people more control over their feed and hopefully make their experience more positive.

Take a Break:  They’ve built a tool called Take a Break, which gives people more centralized control over when they see their ex on Facebook, what their ex can see, and who can see their past posts.